Owner Review: People might judge you for driving one of these - My Perodua Bezza

** This article is published on WapCar Community and written by Nicholas Wong. Click the link below to enter the community for car enthusiasts in Malaysia 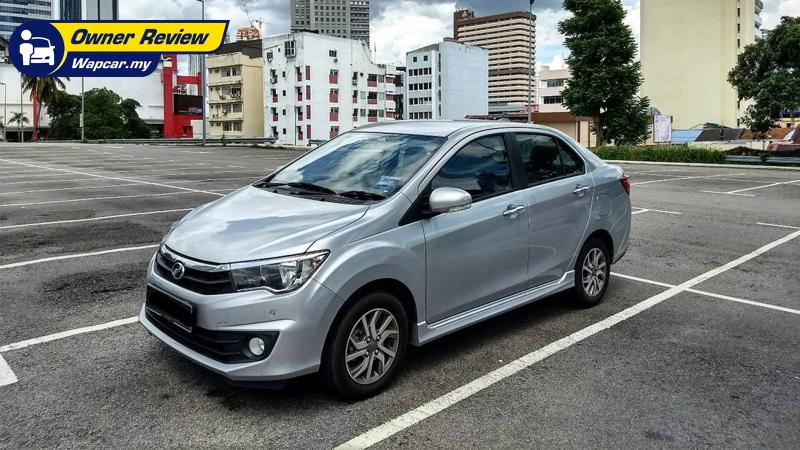 At the time, I had recently gotten married and it was time to move on from an ageing, handed-down Hyundai Getz that was well over a decade old. I was also conscious of costs at the time having recently sunk funds into a wedding with an impending house purchase on the horizon. When Perodua launched their first sedan, it seemed like a milestone product at the time - relatively affordable and value-packed for the price. After all, I didn't need to drive that much and just needed a practical daily runabout. When the 2017 model update came around, which introduced the deeper skirt on the rear bumper to fix its much-maligned 'upskirt' complaints and nicer, chrome trim on the air-conditioning dials, I was sold since I was already considering this before. 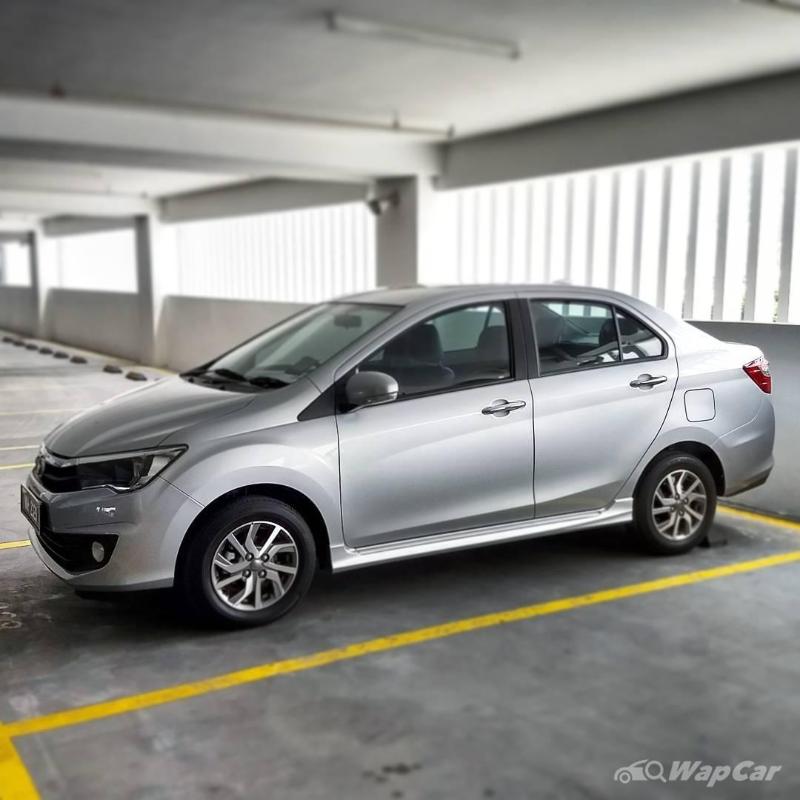 Despite having B-segment cars including Japanese brands in the consideration set, the price/value proposition won. Mind you, this was the time of the pre-Geely Proton Saga and even before the era of the 3rd generation Myvi. Despite its contentious appearance, I think its proportions aren't bad for an A-segment sedan. It can even look pleasant in a weirdly compact way, from certain angles - or maybe I just have buyer's goggles.

It was the car that made the most sense at the time - well-equipped for the price, reliable (fingers-crossed, being a Perodua) with an extensive service network. In its highest trim it had all the little comforts I needed - faux leather seats, a touchscreen system with reverse camera, some decent-looking dual-tone alloys and a safety package that included ESC (something of a rarity in its segment at the time).

Since the purchase, my thoughts about the car are:

My experience so far has been relatively pleasant. It's a humble vehicle, but the moment I realised the car had proven its worth was after I had purchased a home and was in the process of moving. I'm not sure how they managed to fit such a cavernous boot (that's 508L - larger than some B-segment vehicles into such a tiny car, but it helped fit everything including literally the kitchen sink (no bootlid-tying shenanigans here).

The driving experience is the same as what you'd expect from any contemporary Perodua. The last Perodua I drove was the Kelisa - and this was somewhat reminiscent of that, but all grown up. Powering the Bezza is a fuel-sipping Toyota-sourced 4-cylinder 1.3L engine that puts out modest figures, but with its sub-1 tonne weight it was punchy enough at low speeds with decent enough pull to get up to highway speeds - ant not much beyond that. A fast car, this is not - I'm not sure if it's its lightweight build, its eco tyres (stock tyres are Bridgestone Ecopia EP150 on 175/65R14, if you were wondering) or its tall-ish and narrow design, but it's not assuring at high speeds. On highways, strong crosswinds or passing large vehicles are enough to make the Bezza feel unsettled. Throw it around corners and somewhere in its muted electric power steering you'll feel it's hard-pressed trying to remain composed - so I can't imagine the anxiety of driving the variants without ESC. The suspension is also somewhat stiffly sprung, but it's probably to accommodate the significant weight changes when adding passengers in relation to the weight of the car.

That's not to say it drives poorly. Driven sensibly (as it was designed to be driven), it's a smooth ride and a relatively refined experience. The (somewhat dated) 4AT gearbox will do its thing with minimal fuss, though it's not very eager to downshift when pushed. While the engine and gearbox combo are relatively quiet though, NVH isn't great - you'll get quite a bit of external and tyre noise in the cabin. But its nippy nature and small turning radius provides excellent manoeuvrability in tight urban settings. The Eco Idle (basically automated start/stop of the engine when idle) is something I actively avoid using as it's probably more annoying than it's worth, but I'm getting pretty decent returns on fuel economy even without it.

On the inside, cheap plastics are expected for this price range but they have held up well and are pretty much good as now. I'm also quite fond of the dashboard - the amber light strips around the instrument cluster were a nice touch. I can appreciate the practical touches put into the interior - the Smart Tag compartment, storage hooks and powered USB ports to name a few. It's also a pretty spacious cabin for its size - though the rear seats are a little too upright (they've fixed this in the current generation) and may be uncomfortable for long journeys, but its definitely not as back-breakingly bad as some people make it out to be. 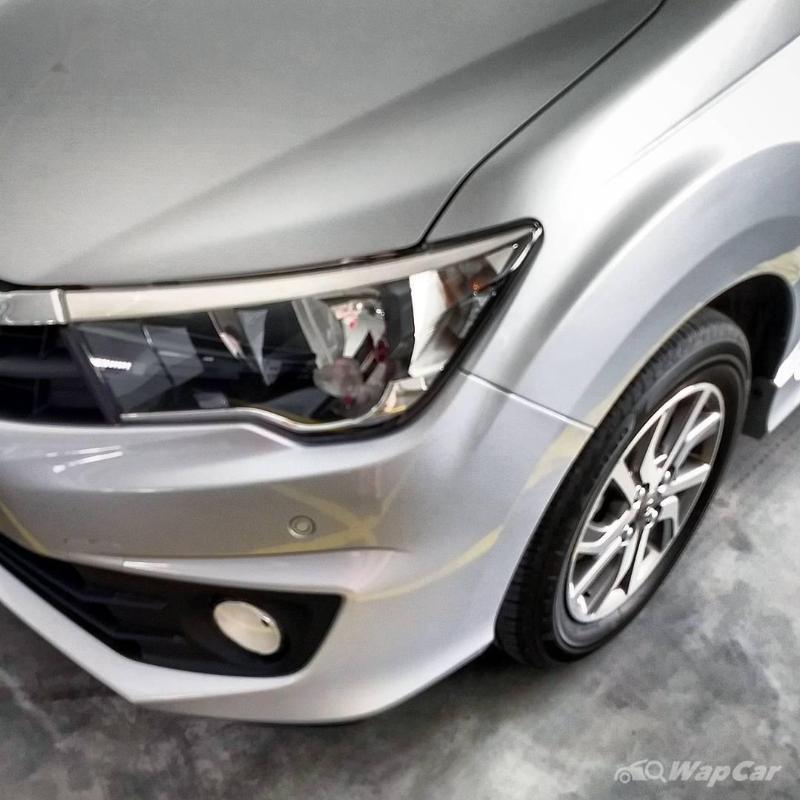 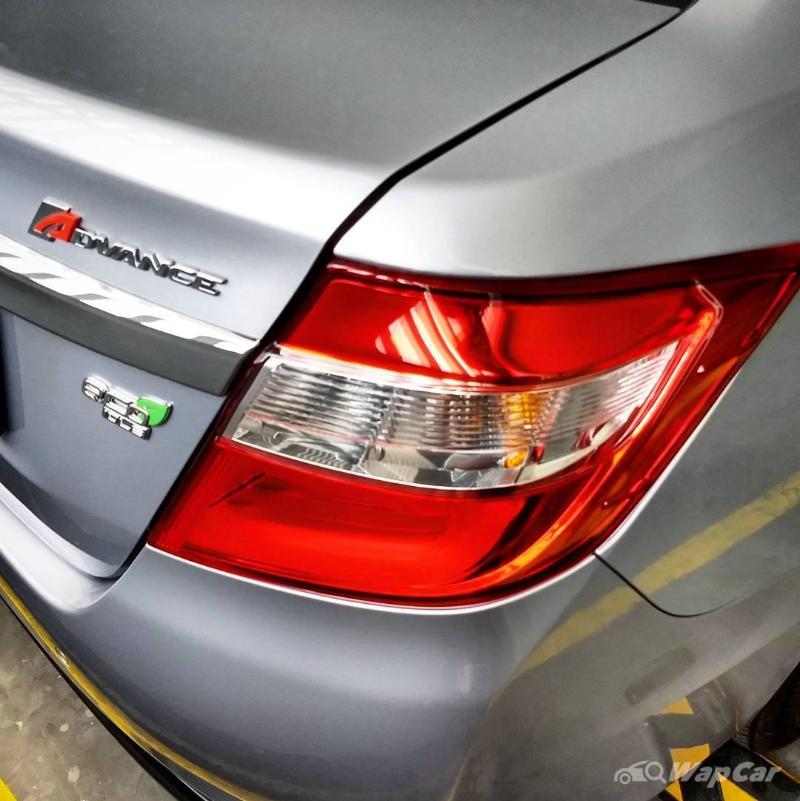 I had recently gotten married and it was time to move on from an ageing, handed-down Korean hatchback that was well over a decade old. I was also conscious of costs at the time having recently sunk funds into a wedding with an impending house purchase on the horizon. Eventually, the price/value proposition (at the time) won - it was the car that made the most sense at the time - well-equipped for the price, reliable (fingers-crossed, being a Perodua) with an extensive service network. It's not perfect (but at this price range, what can you expect?) but it's all the car I needed at the time.

Someone who once rode in the back (with the unnaturally upright seats) said it was more comfortable than the seats in a W246 B-Class. It wasn't sarcasm, but I'll just chalk it up to being a weird random outlier and is definitely not representative of the popular sentiment about the Bezza's rear bench. 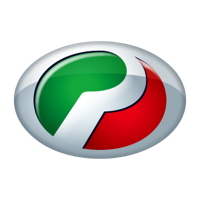