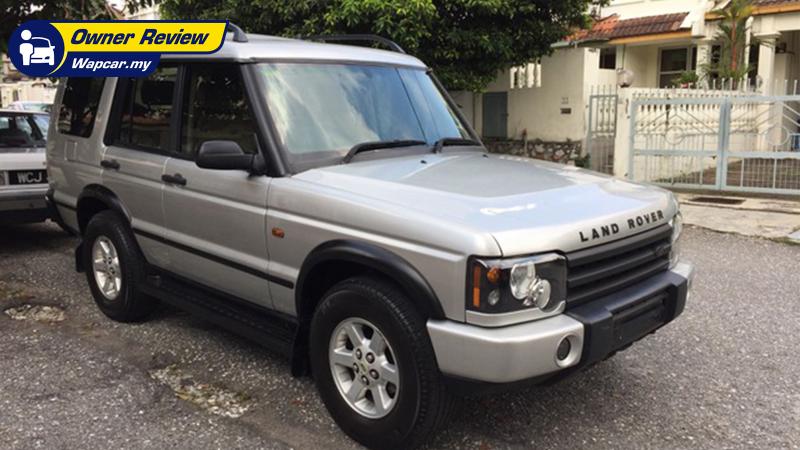 As you have read the previous article written by me here, I have said that my BMW E36 328i probably has a tinier interior space than a Myvi. Using that as an excuse to add another car to my stable, I stumbled upon a 2003 Land Rover Discovery 2 Td5 at a famous Land Rover workshop located near Kampung Melayu Subang. The body of this Land Rover Discovery was straight. The undercarriage, interior, flip down DVD player LCD screen and tyre used showed that it probably spent its entire life lugging family on sealed roads. It was quite tidy mechanically as well, with no leaks, albeit missing the ACE (I’ll come to that later). 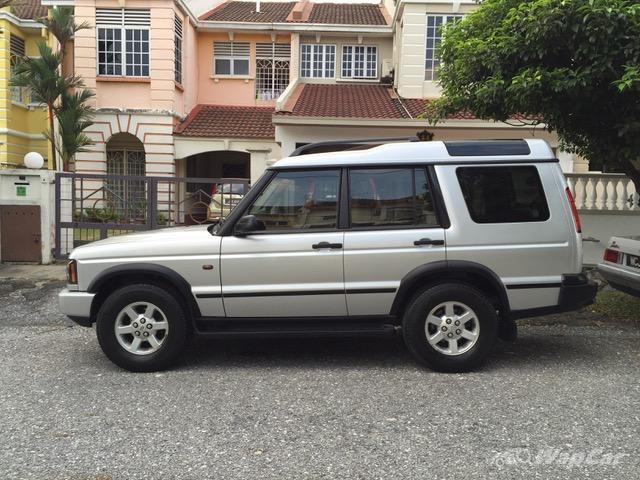 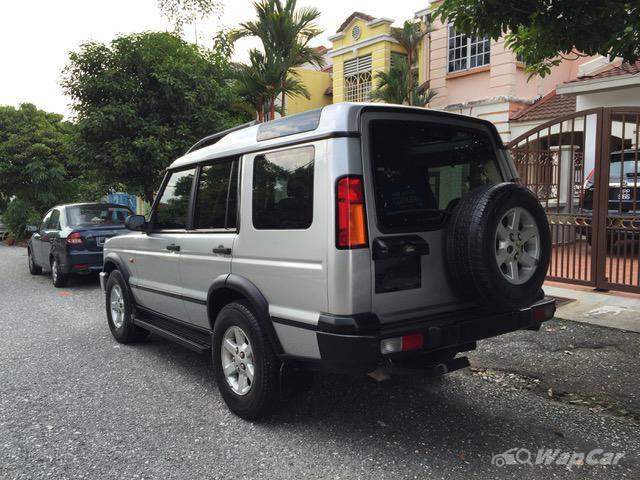 The facelifted Land Rover Discovery 2 came in the year 2002, 2 years after BMW had sold the Land Rover brand to Ford (for the uninitiated, BMW bought Rover group, which included Land Rover, in 1994 before breaking it up and sold to Ford in the year 2000). The facelift models can be easily identified by the redesigned headlights and the rear brake and turn lights. 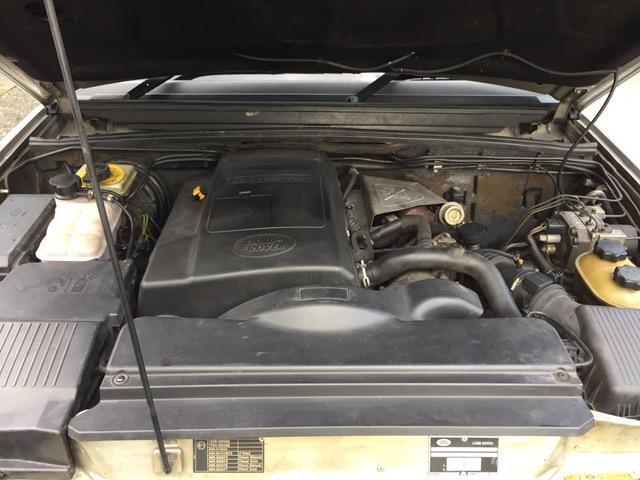 There was a choice of 2 petrol or a diesel engine. Due to our unfavourable road tax regime towards high engine capacity, the 2.5 Td5 diesel sold more here in Malaysia obviously. The straight five turbocharged engine outputs 136 hp (101 kW) and 315 Nm of torque and is mated to a 4-speed automatic transmission unit.

Land Rover Discovery 2s are fitted with ACE, Active Cornering Enhancement, which basically is an electronically controlled hydraulic system designed to reduce the body roll during cornering. Now, because it is a hydraulic system, it is prone to leak at the hoses’ banjo fittings and this is probably the reason the previous owner chucked out the belt-driven hydraulic pump. No hydraulics, no problem. I felt this is an important safety system to have, especially on a 2.2-tonne car, therefore I arm twisted for a lower selling price, as it cost a princely 4 figure sum to revive the system. 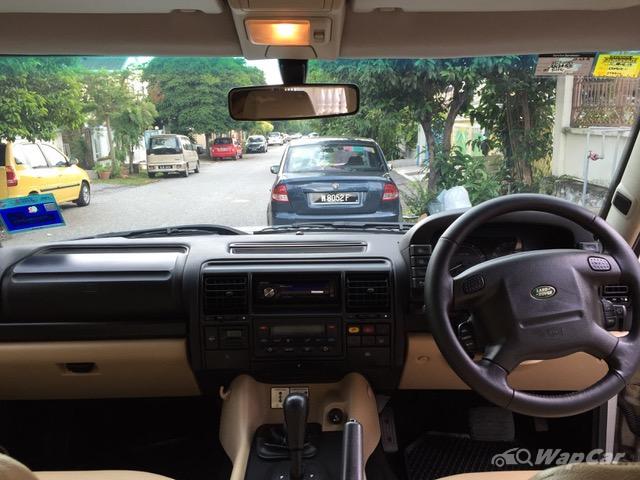 So, back to the ownership experience. Let’s start off with the good stuff. If you want interior space, the Land Rover Discovery 2 is second to none, except probably a Hiace van. It’s a proper 7 seater car and not those 5+2 occasional seats that you see in the current X-trail. The rearmost 2 seats are comfortable enough for adults on a long journey even. And, best of all, you can ingress and egress through the rear door, without having to contort your body through the second-row seats. When not in use, the 2 seats can be folded away neatly to the side, revealing a class-leading, very usable square boot space. 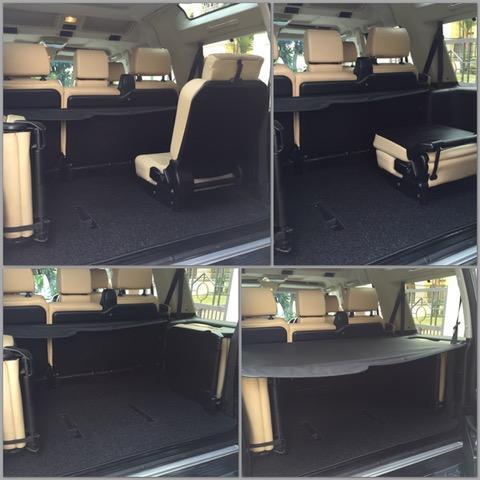 It was rather imposing driving the Land Rover Discovery 2. One is the size of it on the road. Other commuters on the road dare not come near and exchange paint with the car. Secondly, you sit rather high up and this gives you a commanding view of the road ahead. Because you’re sitting high up and the car’s off-road credentials, crossing urban flash floods are like eating roti canai for the Disco 2. The car is comfortable, so long you don’t rush it. 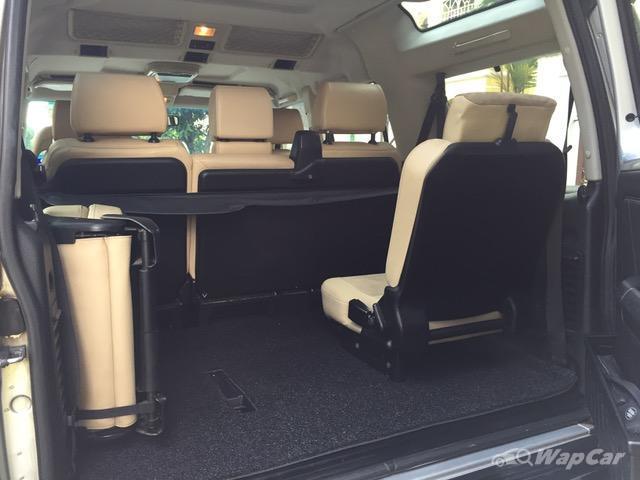 Now, on to the negative side. Let’s start off with reliability because that’s usually the first thing that came to people’s mind when it comes to Land Rovers. I had 2 issues during my ownership, which I can attribute to probably not so smart design. To start off, there is a Park Position Switch on the automatic transmission. As the name suggests, the switch, when closed, allows you to crank and start the car only when it detects the automatic transmission is in Park position.

Because of the air-con drain outlet is directly on top of the switch, over time water will seep into the switch, causing corrosion on the contacts and the switch will not be able to detect the transmission is in Park position. The consequence is that it can leave you stranded. If you do, believe it or not, at times, you can row the gear stick a few times and it may start. Fortunately, the long term solution is rather simple and can be DIY easily. You just have to take out the switch, dismantle it and give the contacts a good clean and seal the unit while, at the same time extend the aircon drain outlet with a garden hose, so it won’t drip water to the switch ever again. 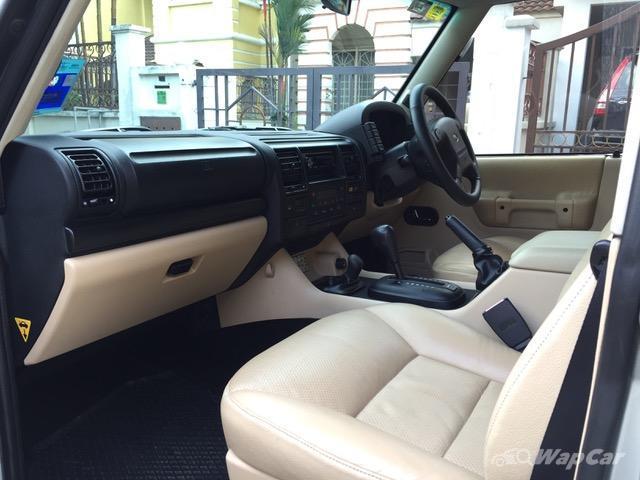 The other issue was when after I took the car on Morib beach. I observed the water temperature started to climb after the beach excursion. Because of soft sand, additional engine load is required to move on the beach and I thought it was normal.

After the car had cooled down, I checked the coolant reservoir (aka expansion tank) and to my shock, the coolant had turned to milk like solution which was typical when you had done a head gasket. My heart sank as I thought the head was gone. As I sat in the tow truck on the long journey to the workshop with the Disco at the back, thoughts were running on the worst-case scenario which was obviously to replace the engine if it was beyond repair.

Few weeks after dismantling the engine, the mechanic rang back with good and bad news. The good news was the engine main components such as head, pistons, block and so on were fine, so engine replacement was ruled out. The bad news was an engine oil cooler which is attached to the engine block gave way. Over time, the cooler matrix (which looks like a radiator and operates in the same principle) gets corroded.

As a result, engine oil gets mixed and it was present all over my cooling system and therefore the process of washing it was very long. Which wasn’t an issue to me as my mechanic did not have the engine oil cooler kit in stock, I had to order mine from the U.K and a few more for my mechanic as well. That took 3 months to arrive.

Owning the Disco 2 is definitely not for the faint-hearted as it makes maintenance cost of other European makes look cheap. Fortunately, there is heaps of literature online and there is a Land Rover community and enthusiasts who will help you with solutions. The Land Rover Discovery ended as the second shortest car ownership for me. Was it a money pit? Do I regret it? Well, I will say that it was an eye-opening and a good learning experience.