Owner Review: A KIA beyond your expectation - My Kia Optima GT 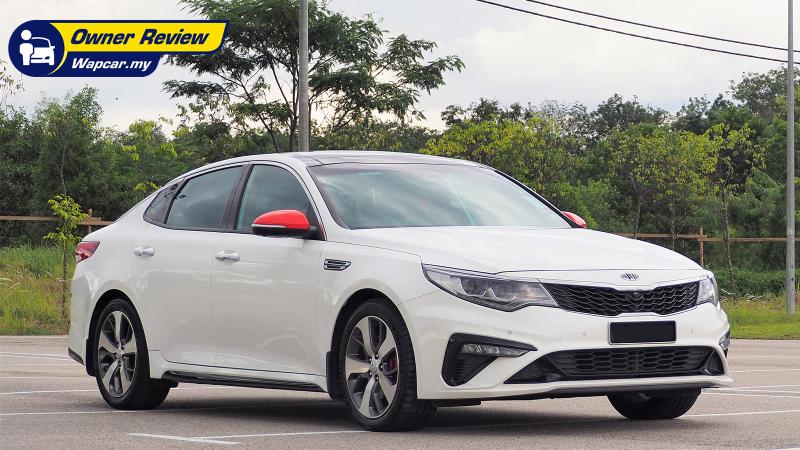 I was looking for a family car (even though a family car, I prefer a sportier one), so here are some basic requirements: a new car, spacious, can cruise long-distance, comfortable and more importantly, FASTER THAN MYVI.

Second-hand value is not important as all of our vehicles will pass to the company and continue using for few more years. Total life can up to 7-9 years. 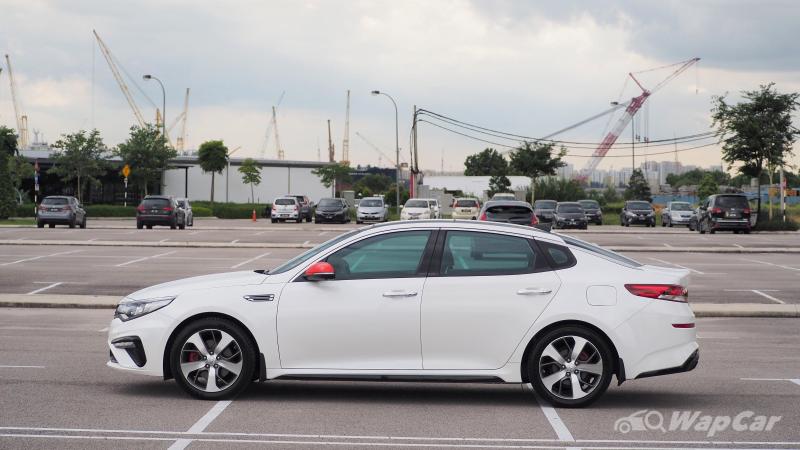 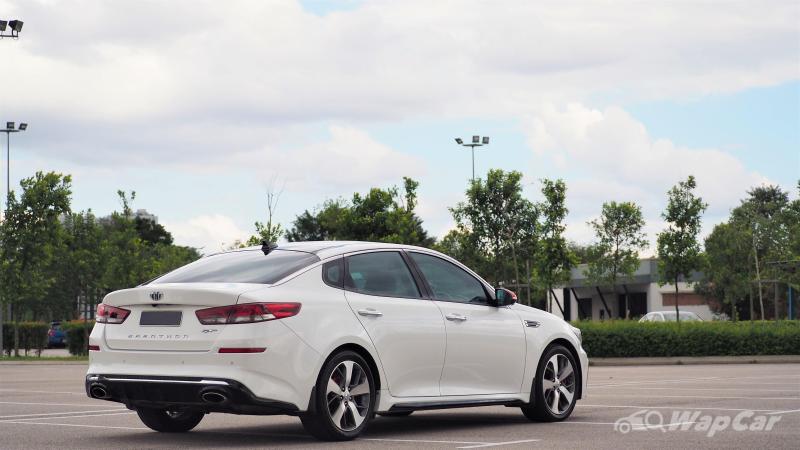 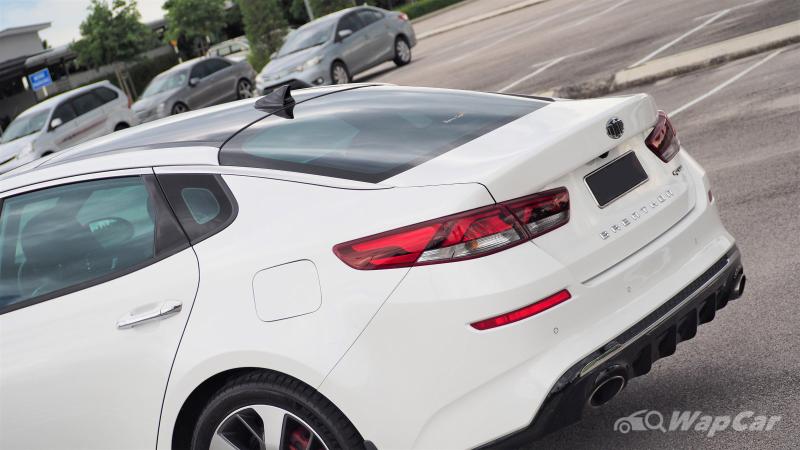 There were quite a lot of models which we considered.

I have tested it and quite into it, the 3008 blue colour is sexy.

But in the end, I didn’t make the decision to purchase because I don’t like SUV handling and movement. (It was my first time to try SUV, I only tried Sedan, Hatchback and Hothatch before)

I also tested, but on hold due to some reason.

We just bought a 9th Gen Accord 2.4 as a company car, nothing special and the CKD quality is terrible.

The new one (Current Gen) was not released yet and the old one is not attractive enough.

Have one Mercedes in the house, not happy with the reliability and a bit beyond budget. But still worth trying.

Initially, I didn’t even consider a Kia. Yes, it is known as one of the most reliable in the globe (Our Sorento hitting 650k mileage without a major problem, still using in the Year 2020). But from a Conti owner to Kia owner? You must be joking right? Some of those Conti car owners (even your Conti car is a tiny/low spec one, like my little lion) have mental superiority against other brands, I was one of them at that time.

That was one day my parents and I went out for breakfast, it was a beautiful sunny Sunday morning.  Suddenly there was one Black Optima GT came from the opposite direction.

At that moment, I know that is the car I am looking for, despite having a big and ugly KIA logo on it.

The first thing I did at home was trying to search the name of the car (due to NAZA shitty propaganda) and did some research on her performance/spec. Right after that, we rushed to Kia service centre for a test drive and booking.

The official price was 169k and had a 10k promotion.
I didn’t take the free service so the price tolak lagi 5k, so eventually got the car 154k (Without insurance yet). 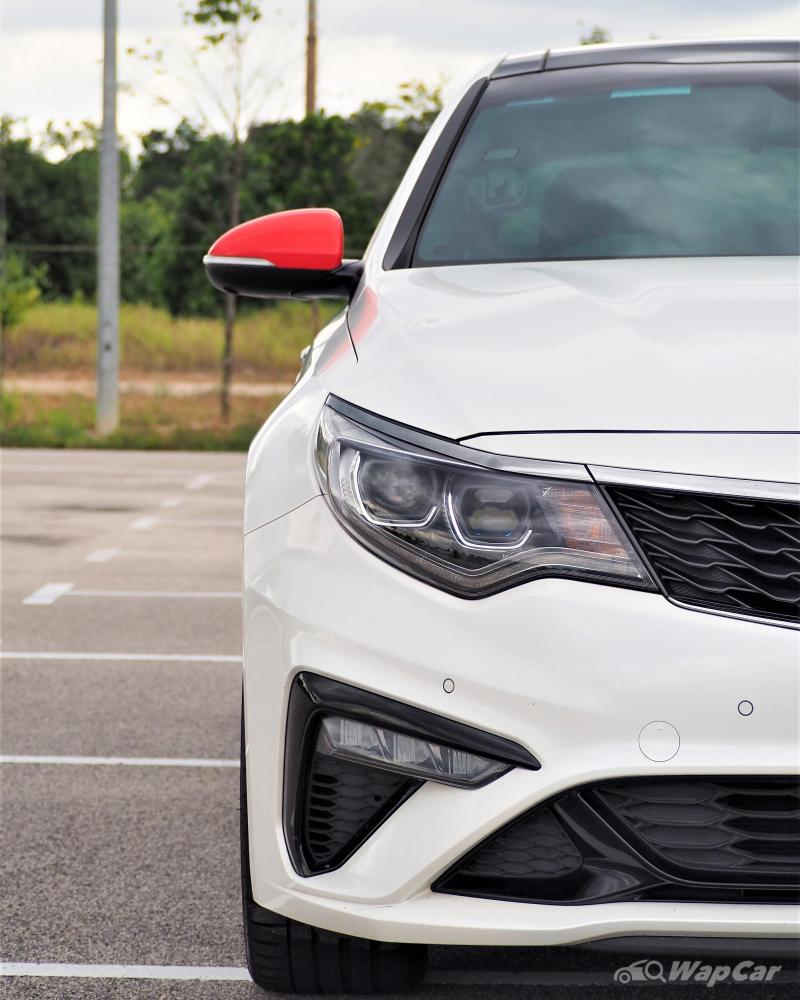 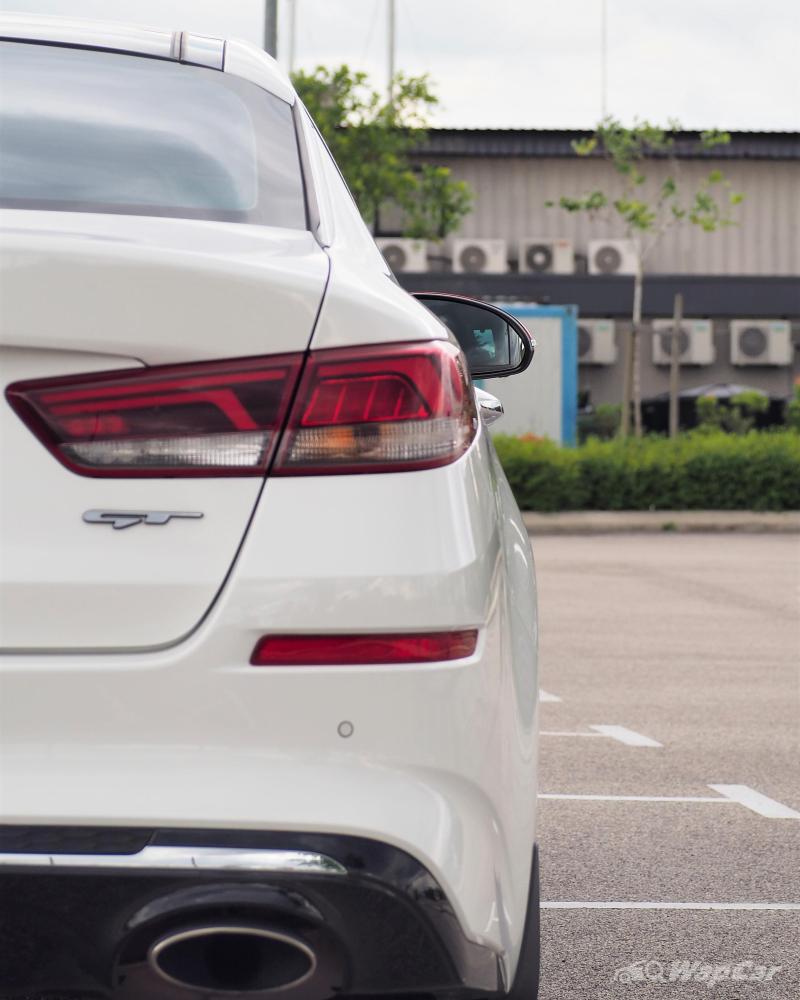 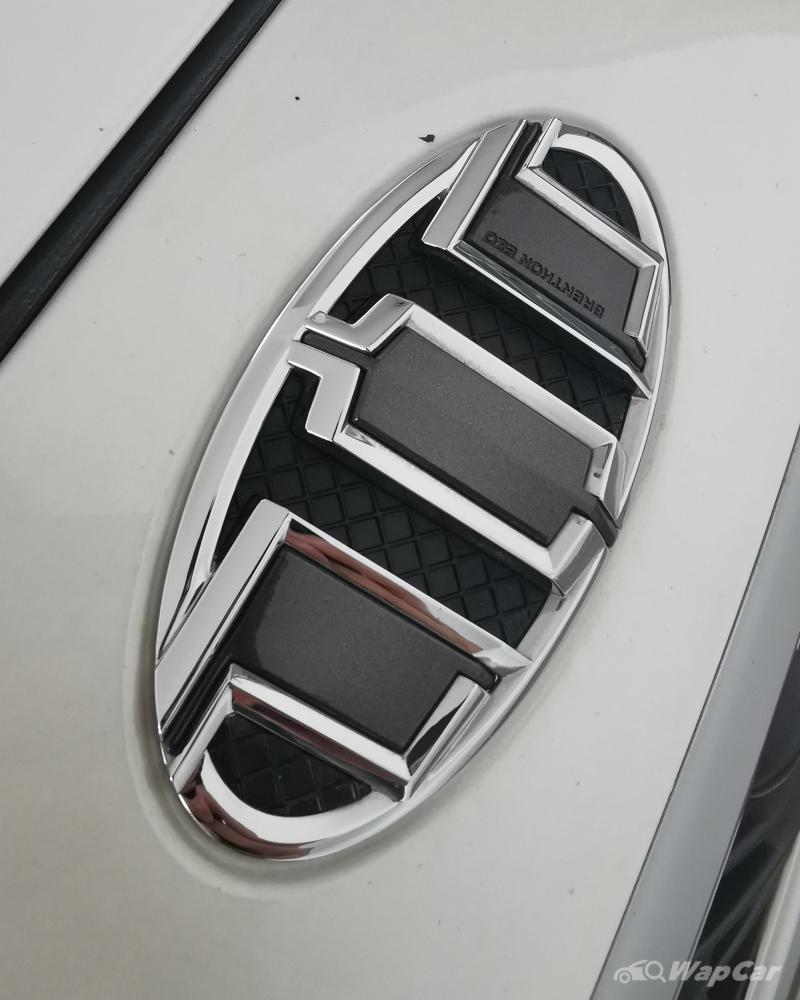 Since the purchase, my thoughts about the car are:

Whether she is beautiful or not is very subjective, but I am so into her looks, especially from the side or rear quarter view. I don’t like the KIA logo, so changed it to BRENTHON.

Due to she is CBU from Korea, the built quality is very good. The material used it ok, not as good as Mazda but nothing to complain about. Also due to the designer from BMW and Audi, you may notice that the interior design is very similar to F10.

There is one interesting feature, which is when we unlock and enter the car, the driver seat will automatically move backward for our convenience to enter the seat, and then move forward after we close the door; vice versa when we leave our vehicle.

The other thing I like is the big panoramic sunroof. Most of you might think it is useless in Malaysia, but you need to know they are periods called Morning, Evening, Night and Rainy.

The car is super spacious in every aspect such as legroom, headroom and boots. You may see the picture of my legroom (I am 183 tall). She is the biggest (or one of the biggest) among all models I mentioned above.

Well, unfortunately, this is quite a drawback and disadvantages about this car. For a D segment family car, her suspension setup is quite stiff (mine is the FL version, which is even stiffer than pre-FL). I still remember when I sitting in the back seat while cruising in the Smart Tunnel, it was quite difficult for me to drink water.

I am ok with that because the setting does provide better performance and high-speed stability right? At least the scarification of comfort worth something I like.

My average fuel consumption (80% city drive + 20% highway) is 7.6km/l. I believe this is my problem as my left foot is super heavy, all-day sport mode and 5-6k RPM (to support the statement, I changed one set of PS4 tyre below 30k mileage). The FC of my little 208 also around 8.4km/l. So we better ignore this part, you may check with other owners for a more accurate result.

First of all, let's look at the 0-100 sprint, the official is 7.4 sec. The results I recorded with my OBD are 6.8-7.6 sec (I feel so proud as my car is finally faster than MYVI). The engine and gearbox make her drive like a big CC NA with only a minor turbo lag. Is she fast? Yes, for a car with her price range and size, but she could do better with the new 8AT gearbox.

Secondly is top speed and stability. The fastest I tried was 245km/h (same with her HP), the car starting to shake at that speed. I saw some of the other owners hit 260km/h, but I do not dare to try due to small balls.

The stability during high speed is good, much better than my dad’s E Class, due to her new chassis and stiffer suspension.

The next thing I want to talk about is handling, she has Conti car level such as responsive steering and solid chassis. Good at her size but never bring her for aggressive cornering race with GTI, either he wins or I buang to longkang.

The other feature worth mentioning is the car has a V8 engine sound simulator, which calls The SSS - Shiok Sendiri Sound, during acceleration. Sport mode loudest, Normal/Smart mode 50% and only disappear in Eco mode. Some people may find it irritating, but I think it is interesting.

The car is nothing like a K5 or Korean car in our perception, she is a more Conti car than some of the Conti cars I drove before.

It is lucky Albert Biermann returned the car before released. But the sad thing is Albert and his team didn’t have the time to redesign the car.

The saddest thing about the car, or to be more accurate – all Kia in Malaysia, is NAZA has decided to let go of the brad. It is hard for us to claim a warranty. My car has been stuck in SC for months due to a lack of parts for fuel injector （suspected the root cause is the fuel I pumped that morning）. It was a minor problem and the stock is in the KL warehouse.

But SC eventually has to order directly from Korea as the warehouse didn’t release stock because Naza can’t settle payment with them. This was not only happened on my but on lot more Kia owners, or even some Peugeot owners.

NAZA is the best negative example in the Malaysian car industry, a professional destroyer of good car brands. The service center I visited, and more other SCs around the nation, are trying their best to solve our problem, but nothing much can be done without the help from NAZA or a new distributor (Hopefully Bermaz, they are in discussion). The car itself has good reliability, I have been joining the car club for two years and only a few amount of minor issues among members. But due to absent of NAZA’s warranty claim, the minor problem such as sensor fault has transformed into End of the World.

Not only Kia, but NAZA also let go of Peugeot (lately Bermaz took over), and I am the owner of both. So unlucky right? But I am not gonna let you guys know my car number to buy 4D. 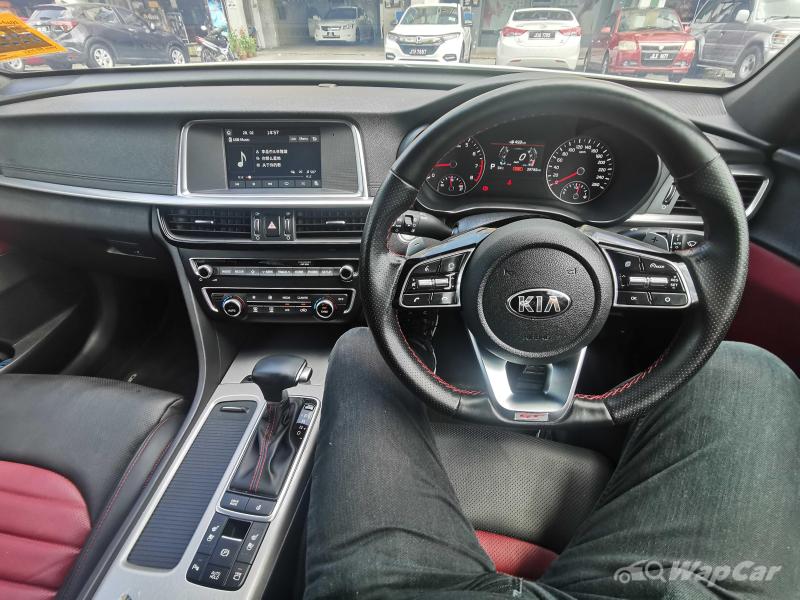 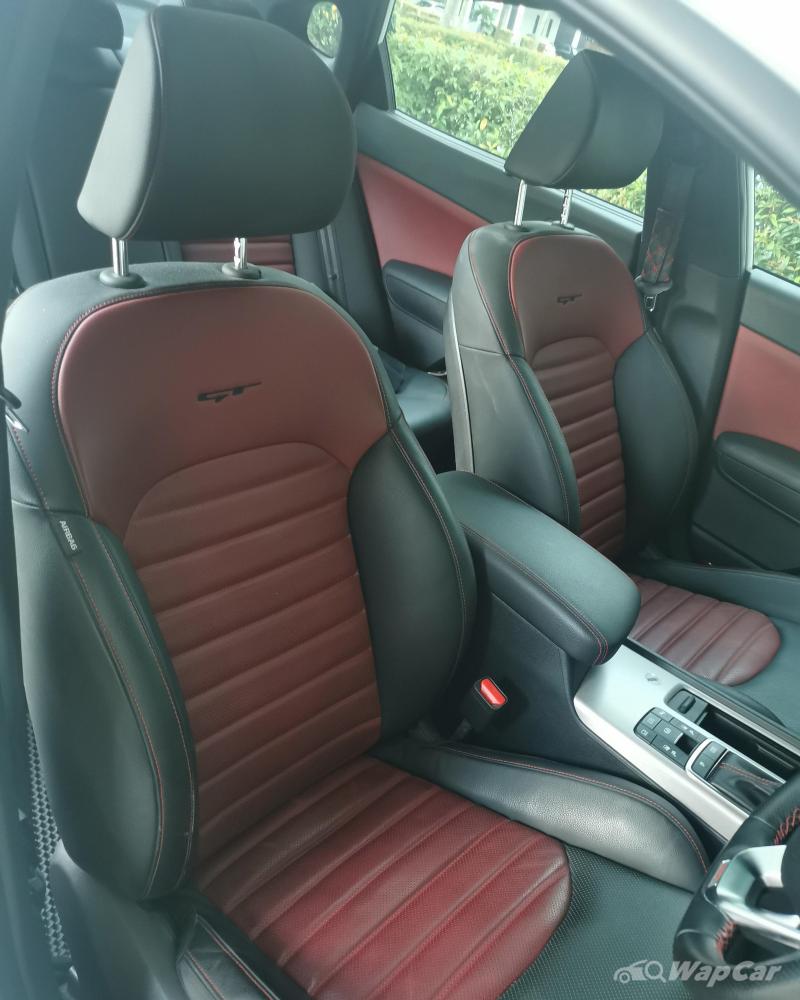 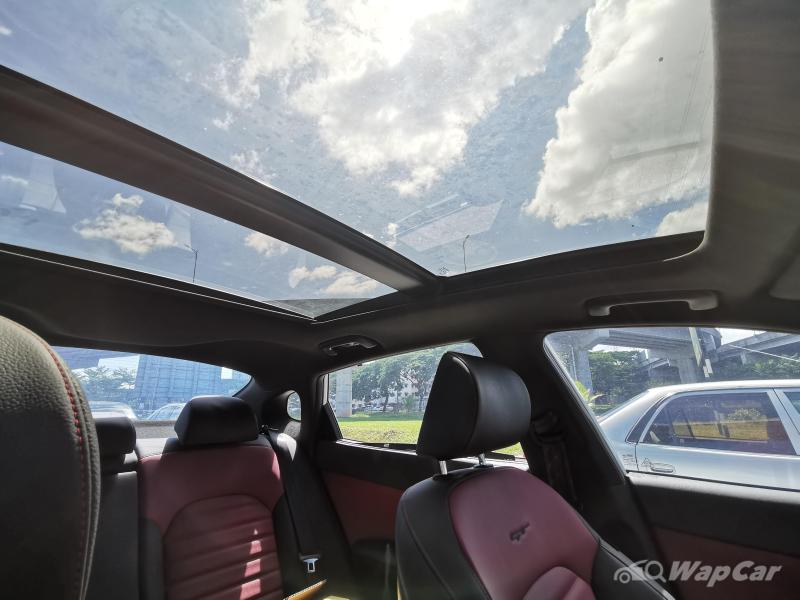 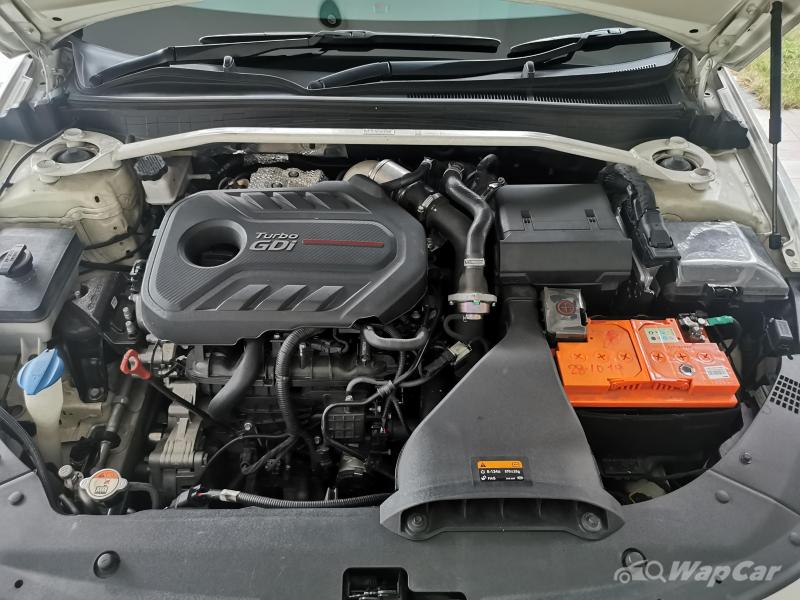 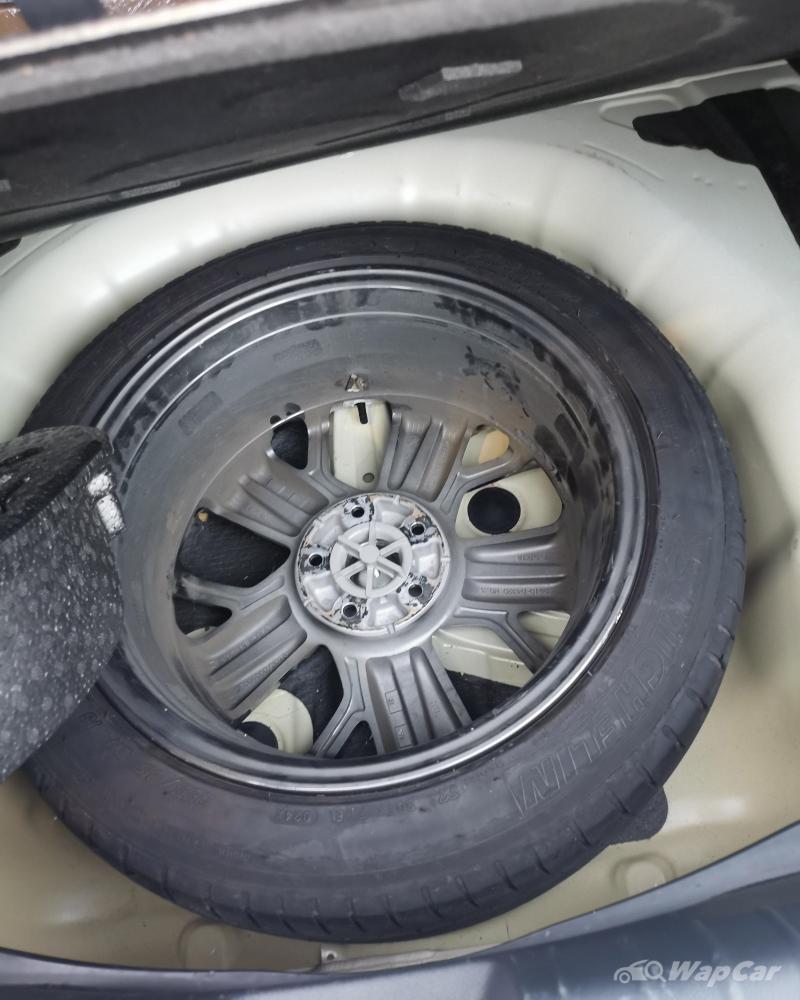 *The above score is compared with other cars in the same price range. 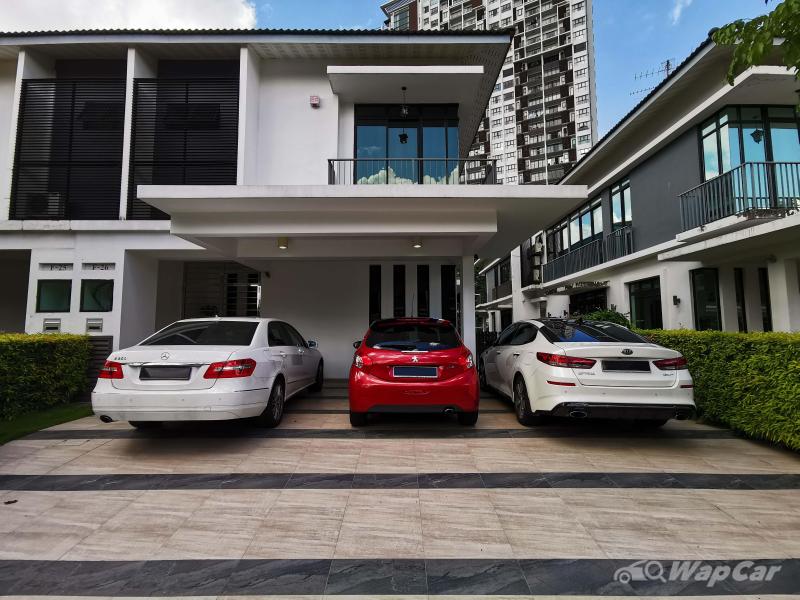 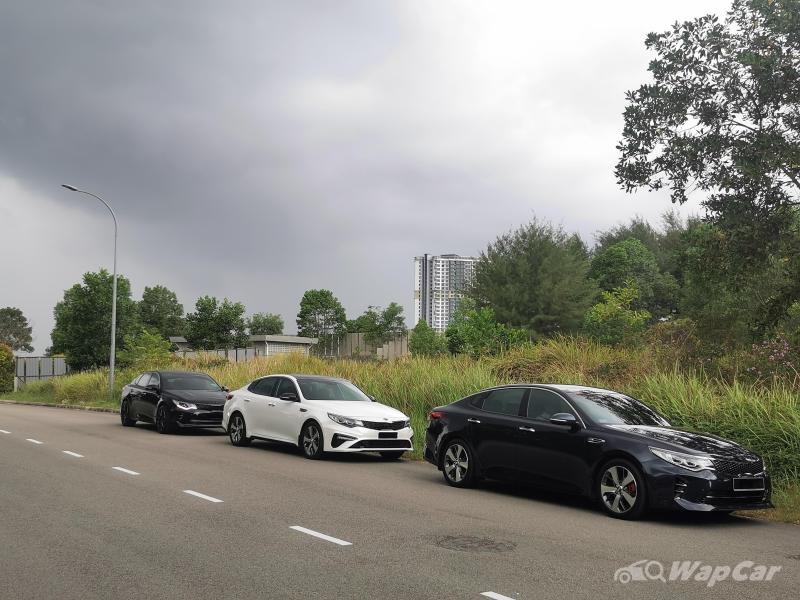 To conclude, did I regret buying this car? No second-hand value, limited warranty at the moment and bad FC (for me)

The answer is a big NO. We are talking about a beautiful Korean CBU D Segment car with 245HP and good handling costing only RM 155k. I can’t ask for more at the price range.

There are some interesting events during my ownership, and the most frequent happen is a lot of my friends and relatives keep asking why I buy a Kia with more than 100K, which is similar to when I bought Peugeot 7 years ago.

After I invite them to sit in the car and floor the throttle, the world is quiet.