Diorama With Cars Is A Fun Hobby

During the MCO, driving wasn't really an option, so the next best thing to do was for me to dwell into arts and crafts, miniature diorama building. I'm sure that most are familiar with this hobby, YouTube, Instagram and Facebook have pages and numerous contents on people making a tiny world, from old towns to beautiful rivers. It is a fun hobby.

Some dioramas include cars or car related things, such as rusty trucks buried under the dirt, off-roading jeeps or even an old Soviet tank resting near a river bed. I decided to build my own, now these things aren't exactly cheap, the starter kit I bought at a professional art store, which included basic earth terrain and trees costed almost RM 100, though online shops have additional things for much cheaper. However this entirely depends on what diorama you are planning to do
Most dioramas that can be done rather cheaply are nature themed ones because of the abundance of nature items that can be bought or DIYed. One of my more recent projects was a forest trail diorama with a little old bus driving through it.
Now to save money and resources, I used an empty metal box instead of a wooden/foam base, this also saves me from sealing the model with a case, to make the terrain, a playdough was used and painted (again to save money, I used Buncho paint, which did the job well. Next, from my recent purchase of forest items, dirt, rocks and other types of nature things, I tried to mimic real photos of forest trails by strategically placing the elements as best I could, even managing to fit two full sized trees.
The main piece? The little old bus I bought for RM 1 at a second hand shop, it was so cute it just had to be in this diorama, everything was neatly pressed and glued (with art glue and gam gajah). The results? Well I'm still rather new to this: 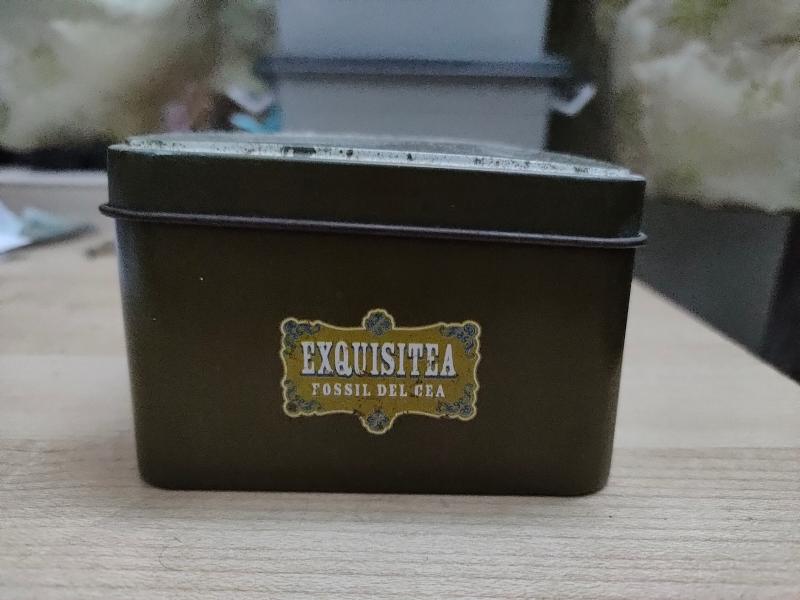 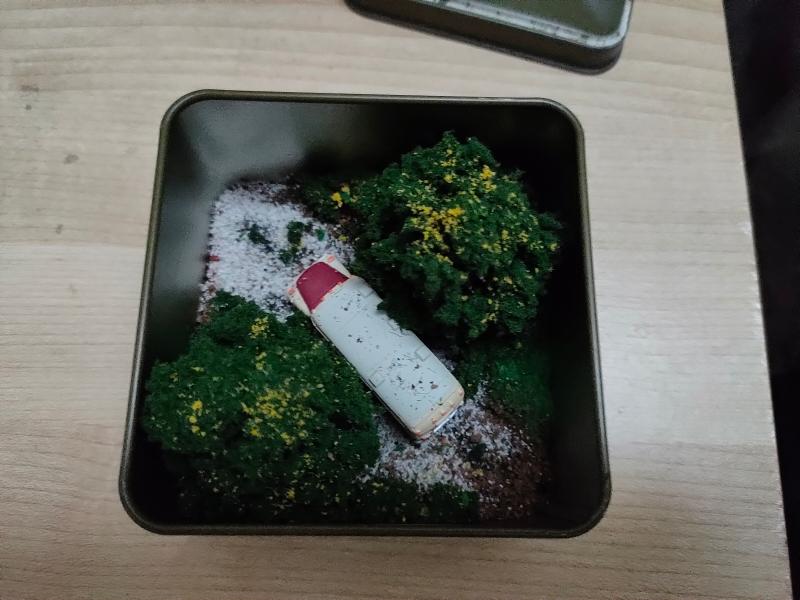 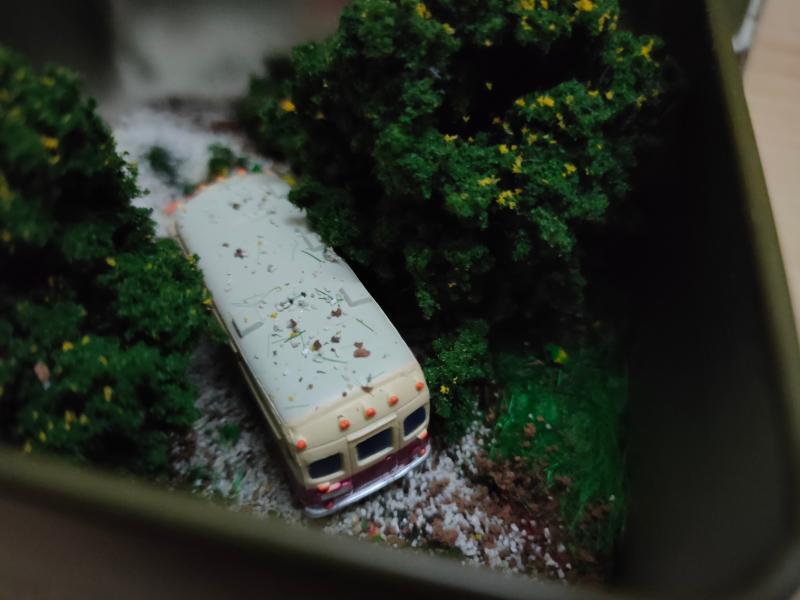 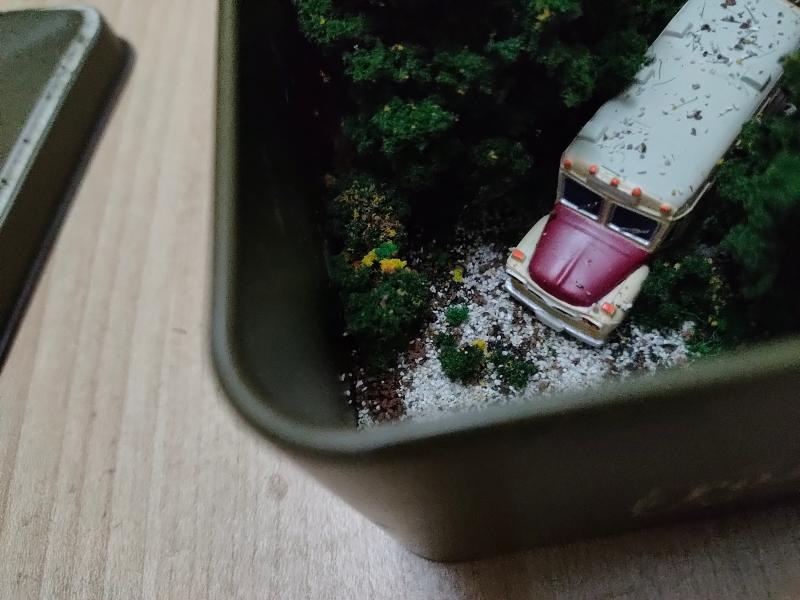 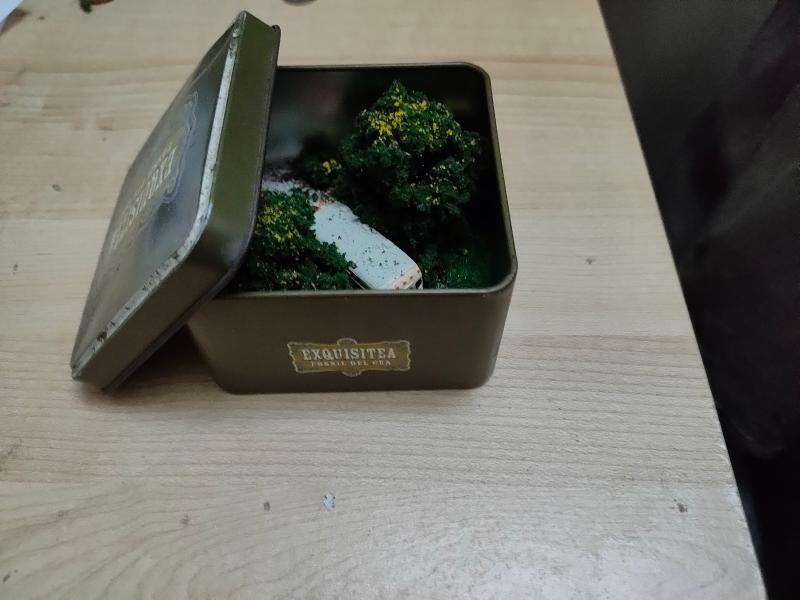 I realize there are improvements that can be made. This kind of work does take patience, which I don't really have. This is also not my first diorama, I have created much more simpler forest dioramas (with cars in them of course) and a more urban, garage diorama using a larger scale, that was slightly more expensive due to some specific materials that I needed to have to make it look realistic, again, it all depends on what type of diorama you want to do and your ability to DIY some things.
The diorama world is growing here in Malaysia, people like Eddieputera on Instagram are true artists. If this pandemic clears and a diorama convention opens up, you should definitely check it out!
Here's a photo of my last project: 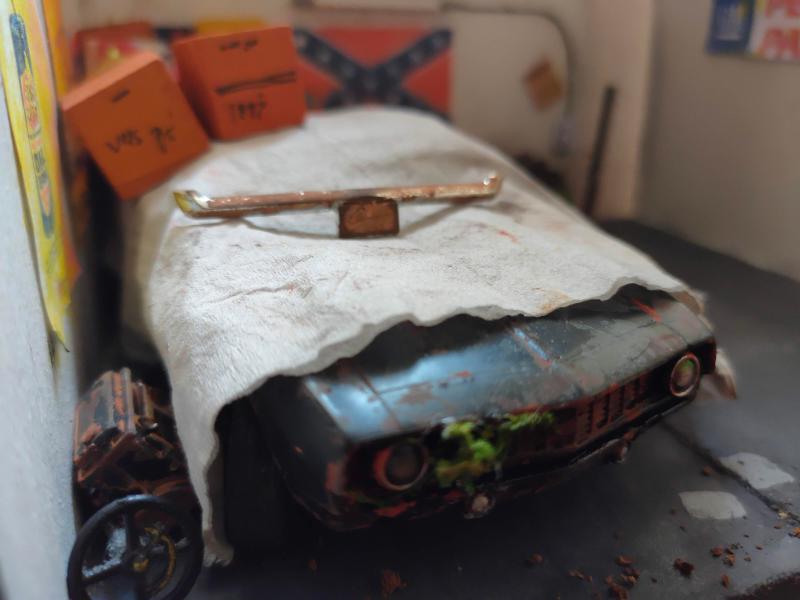 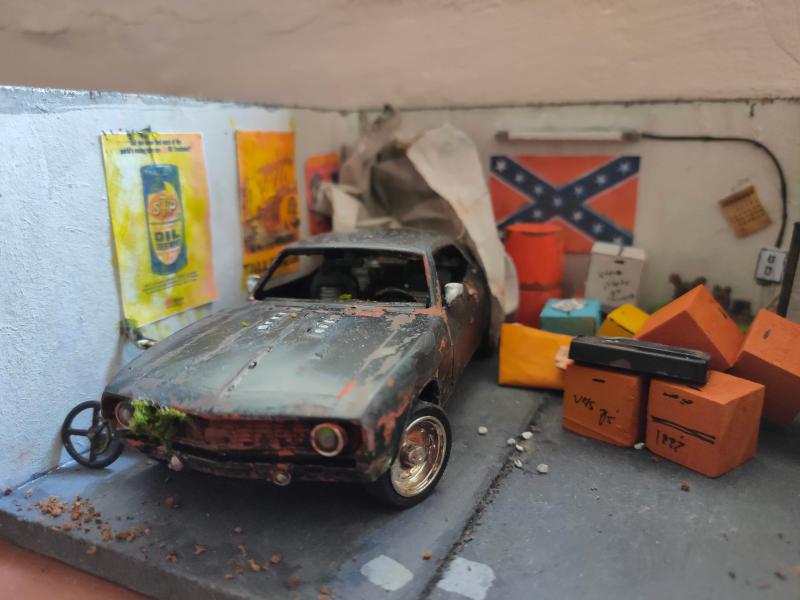 Confederate flag has been removed
Comment below if you have some questions, opinions or if you'd like to see another post focusing on the Camaro SS barnfind diorama!
Events & Activity 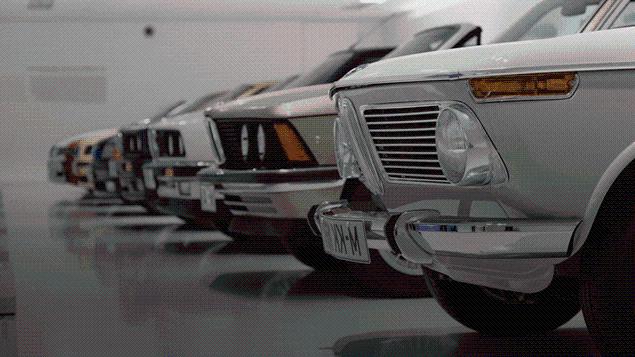