Owner Review: The Power of Dreams vs. Reality - Honda Accord 2.4 VTI-L

** This article is the personal experience of a 2017 Honda Accord 2.4 VTI-L owner and does not necessarily reflect the views of WapCar. 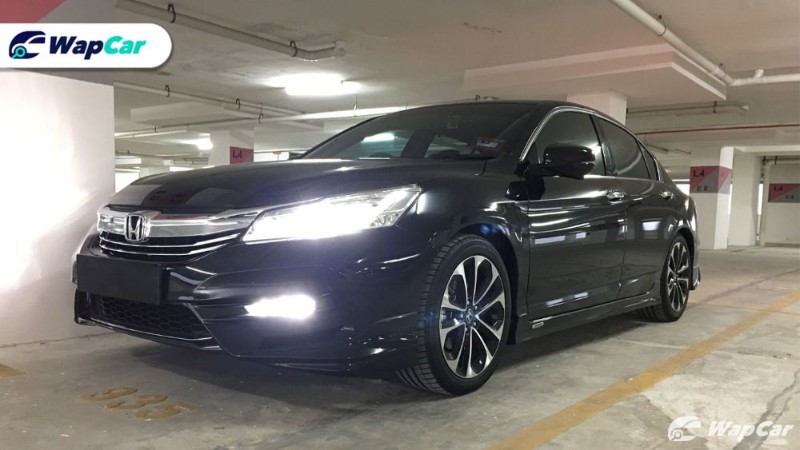 I love cars. Among the first cars I loved as a kid was the K.I.T.T. from Knight Rider, the 1983 DMC DeLorean from the Back to The Future trilogy, and the M.A.S.K. cartoons and toyline (I even had a Razorback model once). Going into my teenage and young adult years, I grew to appreciate WRC rally cars like the Subaru Impreza STI 22B, Mitsubishi Lancer Evo6 and from the world of manga, the Toyota AE86. In recent times, dream cars included the Nissan GT-R, Mercedes E-Class Coupe and Toyota 86.

Unfortunately, we don’t live in dreams but in the real world, where I had to juggle priorities and budgets when it came to purchasing cars for my personal use. I am on my 4th car now, a 2017 Honda Accord 2.4 VTI-L. I don’t remember the exact price but it was something like RM170k including the dealer installed Modulo Bodykit and window tint.

In order to select the best car for my needs and priorities at the time, I had to understand my needs and wants as a driver. After owning 3 personal cars and driving a company car right before my purchase, I knew my next ride had to satisfy the key requirements below;

Reason I Bought The Honda Accord 2.4 VTI-L

Well, what a surprise. When you look at the above specifications in 2017, the only car that ticked all the boxes was the Honda Accord 2.4. I had flirted with the ideas of getting an SUV or a Pick-Up Truck but ultimately decided there can be no better stability offered compared to a D-segment sedan. A plus factor was Honda being the leading non-national brand in the country with the Accord being a top choice of buyers in the segment. The traditional competitors for the Honda Accord not only didn’t fulfill all requirements, they were also avoided due to the “Uncle” image, cramped interior or the fact that it is offered by ETCM (I am sure you can figure out the models with the clues given).

The Honda Accord 2.4L, I find that it is a very attractive vehicle. It looks best from the front and rear 3-quarter angle, gives a visual statement akin to “don’t mess with me” and on the highway, other vehicles tend to give way when they see me in their rearview mirror despite me not tail-gating or flashing them (please don’t flash drivers especially at night, this is not a courteous move).

I especially like the design of the 18-inch rims (fun fact, the same rims are found on a previous-gen Kia Sorento). The factory tyres are Michelin Pilot Sport 3 which I really enjoy the grip and stability on the highway. It is just as amazing during the rain.

The Modulo bodykit is nice and understated and helps to accentuate the car’s looks. 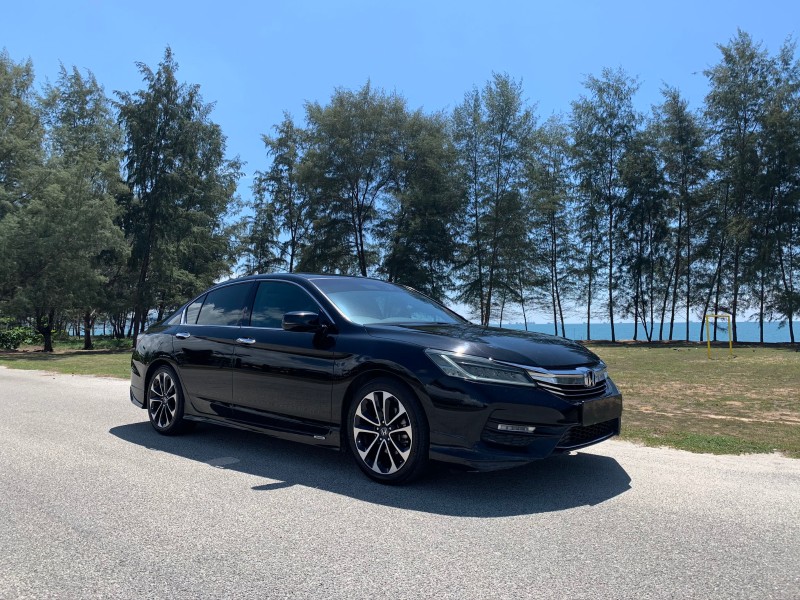 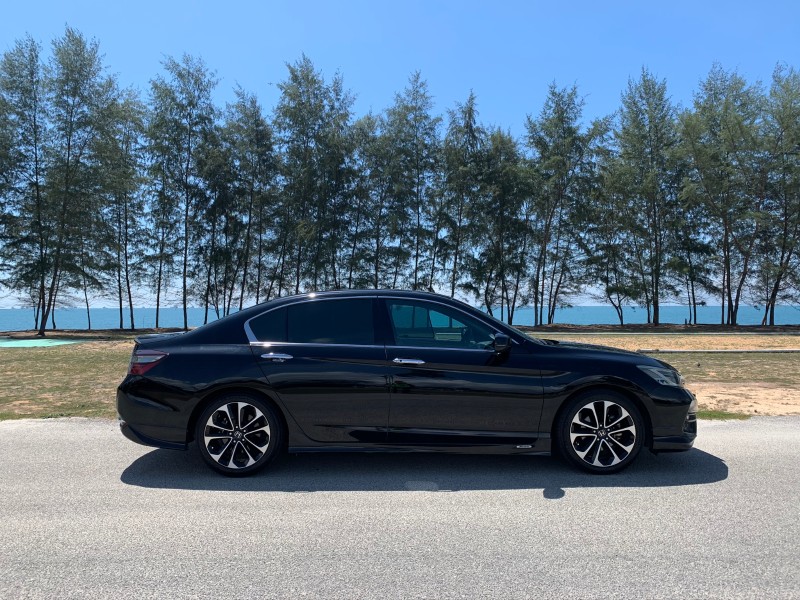 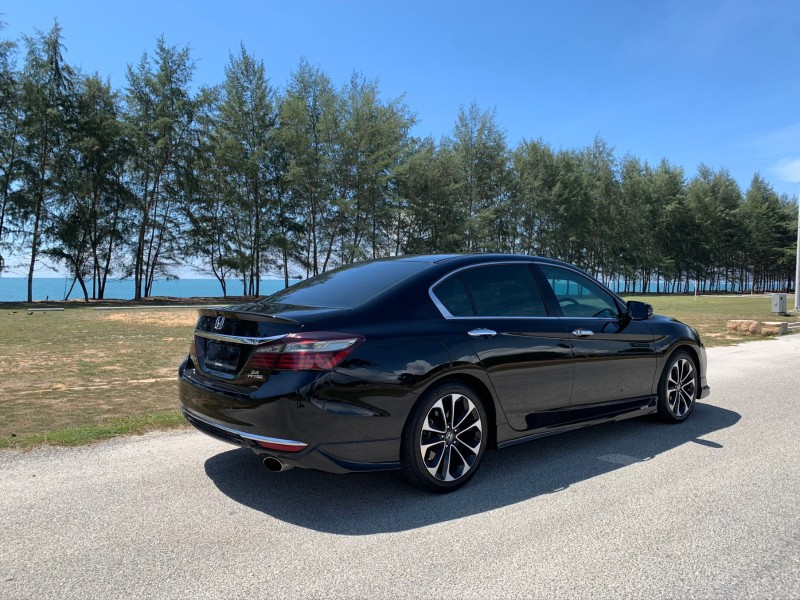 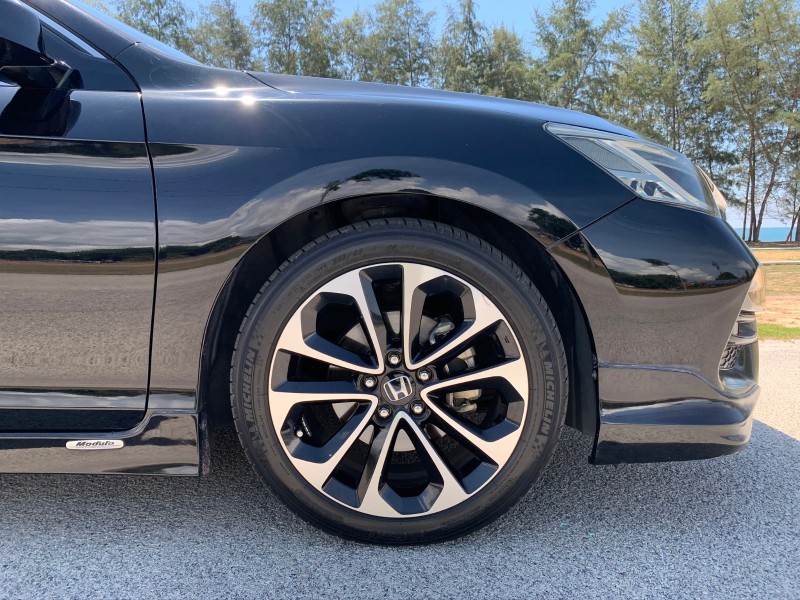 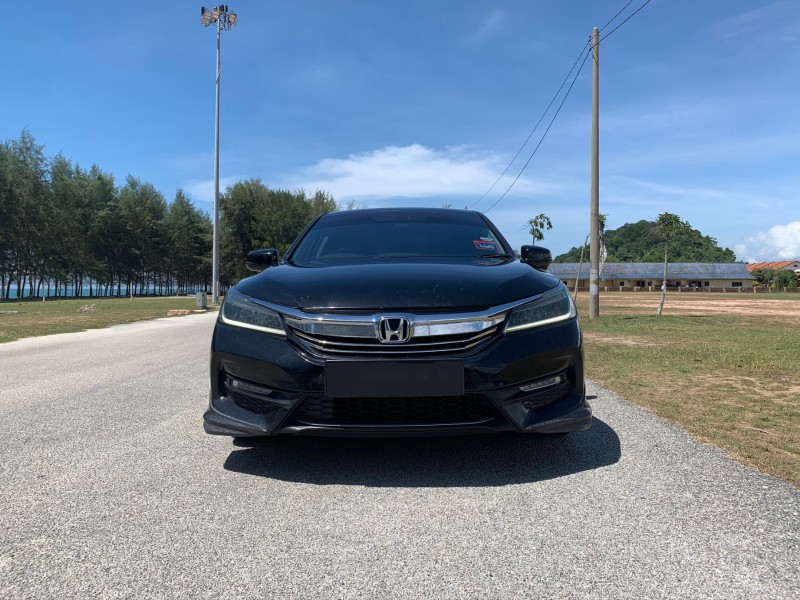 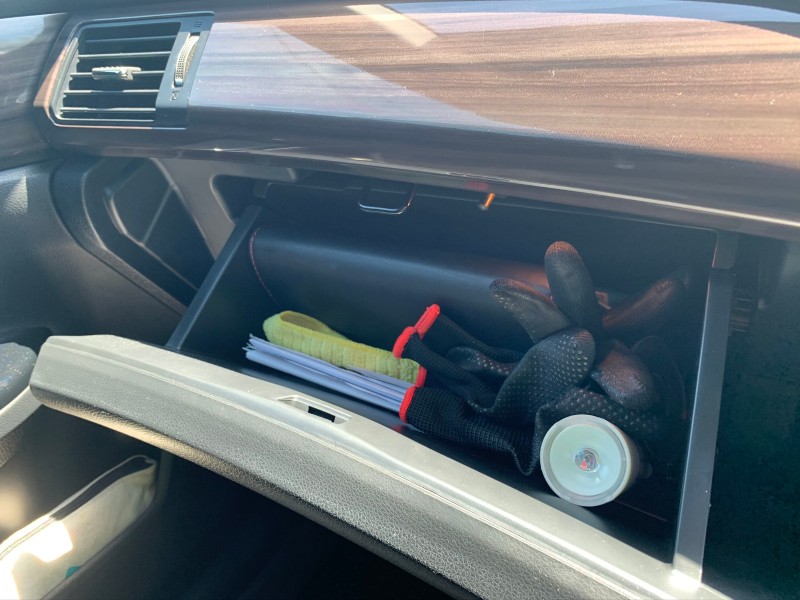 Features: 4.8/5 (Ok your product planners got this right, thanks for Lane Watch and Apple Carplay/Android Auto).

Author’s Note on the all-new 10th Gen Honda Accord.