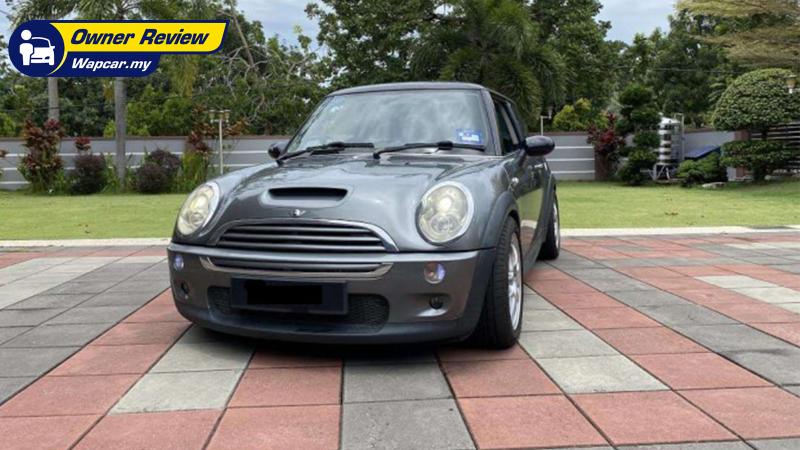 My car is a 2005 Mini Cooper S in what I would say the fastest looking color, Dark Silver. I purchased the car in May 2020 for RM 36,000.00 from a second hand car dealer in Petaling Jaya, Selangor. The story about how I came to own this car was simply because it ticked all the requisites I was looking for a daily driver i.e. work commute car which was: compact, manual and if possible, a quick car. This is coming from the fact that I used to own and drive around in a 1994 Honda Civic (EG3) for about 3 years before coming to my senses and traded it in for a more sensible family oriented car. For context, I travel about 35km daily driving to and from work on roads mostly on a two-lane freeway or when I feel like it, b-roads. As I was able to afford another car, it was a no-brainer: I had to get myself another car like the Honda.

For the longest of time, I had my eyes set on a Version 8 Subaru Impreza WRX STI but looking at my current expenses and realizing how utterly expensive running and maintaining a 4-door All Wheel Drive 2.0 Turbo would be, I decided that that was not the car for me at the moment. As I looked around the market, I suddenly felt the urge to look at modern Minis. I never really bothered about the modern Minis as I have always thought that they were a bit too big to be called a Mini and the prices would be expensive as well. To my surprise, a first generation Mini Cooper was, on average, not more than RM 40,000 and after researching for about 2 months, I had included the Mini in my shortlist of possible daily drivers.

The second major reason I opted for the first generation is that the second generation’s 1.6 turbocharged engine has a well-known issue with carbon build-up in the intake ports as well as a weak timing chain guides and other mechanical issues. Most of these issues were solved in late 2011, when Mini launched the facelifted version with a redesigned engine. However, as it would be a later model, the prices would be higher. As I continued my research, I eventually fell in love with the first generation’s looks and overall character. I immediately started looking online and only really found one decent example of a facelift 2005 first generation Mini Cooper S.

The buying process was typical, I scheduled for an appointment, took it out for a test drive and immediately gave the sales guy all my money. Of course, before the test drive I did an unprofessional but well-informed inspection on the car i.e. I checked the coolant, engine oil, steering fluid and brake fluid levels. The car had just gone through an oil change and had some wear and tear components replaced as well.  After a spirited test drive, I re-inspected all the fluids to confirm that the car is in good working condition as what was afforded to me at the time. After shedding a tear or two about the money lost, I put my trust to the sales guy to sort out all the documentation and received the car three days later. 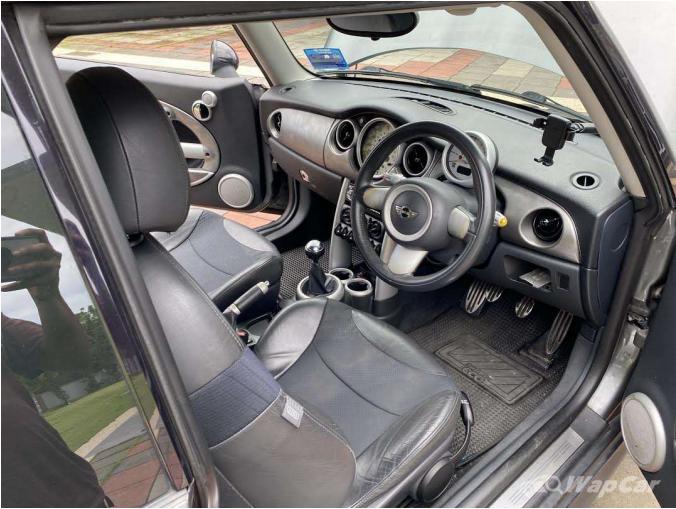 The drive home from the dealership to my home in Melaka was an overwhelming experience. Driving in the Mini Cooper reminded me of the times spent with my old Civic, but somewhat a more refined experience. It is a quick car, considering it has 168 horsepower and 220 N.m of torque in a small and nimble package. I have since covered close to 10,000 kilometers in the car and frankly have enjoyed every moment in it. Apart from the working commute drives, I found myself finding any reason to just take the car for a drive, be it just a quick run to buy a loaf of bread and volunteering to buy dinner most nights. Of course, since it is a 15-year-old car with about 105000 kilometers on the clock, I have encountered situations of both preventive and corrective maintenance which includes but not limited to changing gearbox fluids, replacing tie rods, absorber mountings and a coolant pipe. The cost? Well, I can say that it is pricier to maintain than say my 2010 Suzuki Swift but it is justifiable considering the build quality and technology packed in the car (read: early 2000’s technology). Overall, it has been a fun and reliable car; basically two things every guy wants from a car.

Going into the pros, the car is quick on the straights but especially in the bends. The supercharger whine is addictive so are the pop and bangs (which come from factory). For a car with its power output, I have been recording fuel consumption of about 10.2-10 kilometer per liter or 9.8-10 liters/100 kilometers. I know, in today’s standard those are very poor figures but I kinda was prepared mentally for it through my readings and those are figures which includes the “occasional” second and third gear pulls. The car is also well kitted out, it has a 25% differential, sport suspension, Automatic Stability Control, Xenon Lights, daytime driving lights, Isofix-System, alarm system with immobilizer, tilt and motion sensors. It has four airbags: one for the driver, one for the passenger and one side airbag each for the front seats.

The cons are quite obvious as the car is small. As it is a three-door, accessing the rear seats are a challenge. The rear seats themselves are designed to only seat two relatively small adults (which is basically means the typical average Asian, so that’s not too bad). In my own personal experience, I can fit two adults and two children in car-seats but can only bring luggage for a three-night trip at most. The car, although being supercharged still likes to be revved to bring out the power i.e. I would appreciate more low end power. The car drives a bit on the harsh side, due to the sport suspension and being a small car, it can become uncomfortable in longer trips. However, specific to my use of the car, I actually enjoy the overall dynamics of the car. 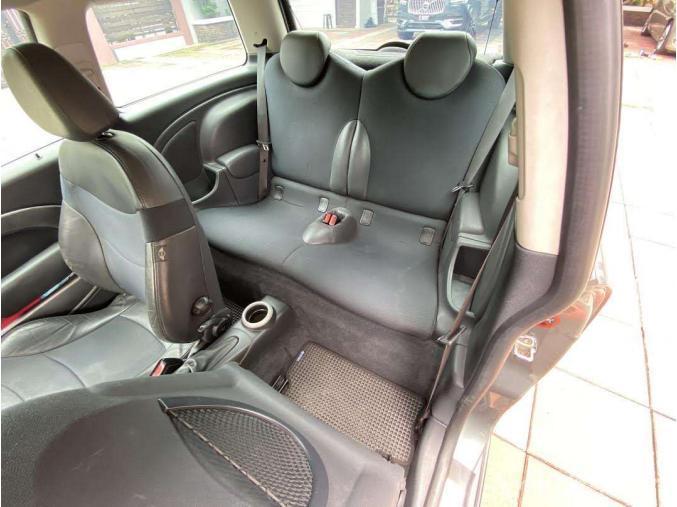 In conclusion, the Mini Cooper S is a really fun driver’s car. The engine has good power throughout paired with a slick 6 speed manual transmission, a stiff chassis and a sport suspension setup really puts a smile on my face every time I take it out for a drive. The running costs are acceptable as some components are cheap some are a bit on the high side but availability of parts and Mini specialists in Peninsular Malaysia makes it quite straight forward to run and maintain properly. My plans for the car is to do some minor plug and play power and handling modifications to get the car to my expectations yet still be as reliable as it has been for me up until now. Hopefully one day this car will be a classic, known as a proper Mini: simple straight forward fun.