Owner Review:  Chose it for its quieter cabin than Perodua Myvi - My Proton Saga 2020 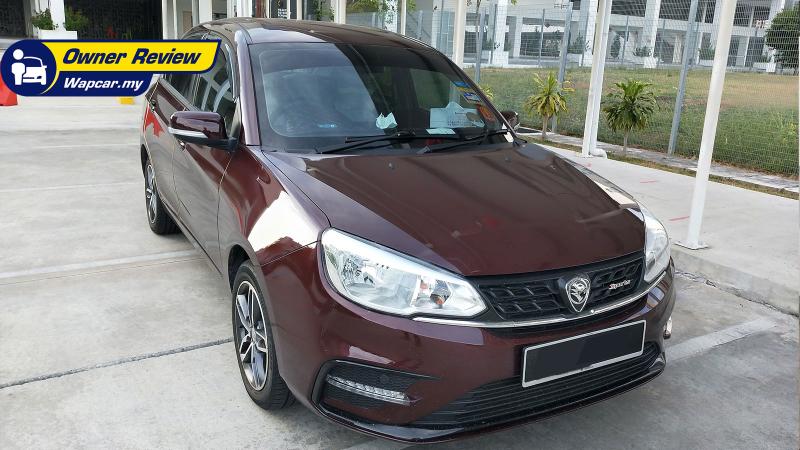 My old Corolla SEG broke down due to flood damage and having to replace the parts would cost an arm and a leg with no guarantee of it being able to run smoothly. I needed a car that would simply get me from point A to B so getting a C segment sedan again was not really a priority.

I looked at the Myvi initially as it is the legendary Myvi, able to do anything. But jokes aside, I stopped considering it after realizing how bad the noise insulation and bumpiness in the rear seats were, so I set my sights on the Persona -  for 2 seconds, before looking away as I couldn't get over how ugly it's rear was.
So, this meant looking at the Saga and the Bezza. In the end, I found that the Saga outclassed the Bezza in terms of performance and ride and handling, on top of that, it also has a quieter cabin than the Myvi as well as less bumpiness in it's rear seats. The redesigned rear was just gorgeous to look at as well, placing it one up against the Persona in the buttocks department. 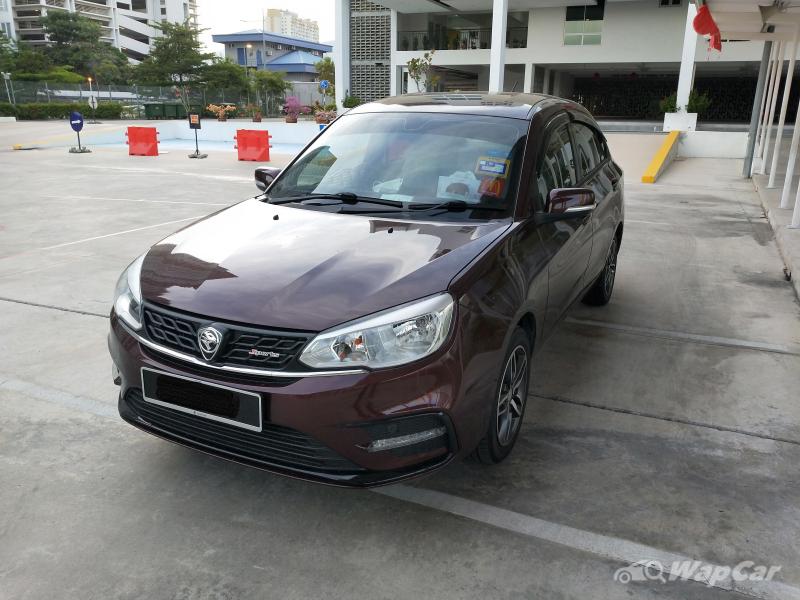 I was really proud to own my Saga (initially). What's not to love about it? Gorgeous timeless design, improved gearbox, comfortable and quiet cabin, AMAZING sound system (seriously, you guys should try it). I loved it so much that I started wondering why there are people buying the Bezza instead of the Saga. A rosy few months went by until the chinks in it's armor started showing.
Firstly, the dashboard started rattling, this wasn't a huge problem for me as it was expected of a car of this price, taking the car to the SC to solve this problem was also just pointless as they would put padding that would last a day or 2 before the rattling started again. But fine, it wasn't something that was too big of a deal.
Then the unexpected happened, I started hearing a different sort of rattling, almost like a pinging sound coming from the engine bay. I diagnosed the problem myself and found out the car had engine knocking - only 7000km into it's lifespan!
I took the car back to the SC and this is where I truly was dissapointed. The staff at the SC said: Biasa lah, ini Saga memang selalu ada engine knocking. 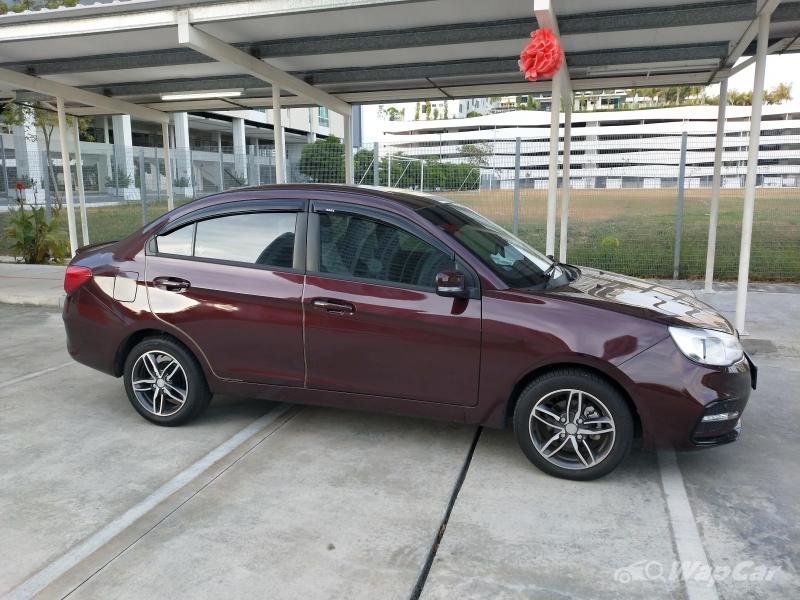 Pardon me, but doesn't engine knocking lead to busted pistons? I really was lost at that point and I couldn't take the car anywhere else for engine related problems as it would void my warranty. Then I started asking my fellow Saga owners in the Wapcar group chat and someone recommended that I started using Ron97 to solve the issue. Ron97 reduced the severity of the problem as the knocking became less audible but revving the car now just doesn't feel good anymore as the faint knocking I hear really hurts my heart, not to mention my petrol expenses increased significantly ever since.
I could try to focus on the good instead of the bad but the fact of the matter is, no matter how beautiful your car is, no matter how impressive the cabin may be, no matter how cheap it is relative to its rivals, if you can't even get the engine of the car running right, you are not going to get back to number one.
My dad advised me not to get a Proton and against his better judgement, I went ahead and did so anyways due to my misplaced trust in a brand that I thought was revamped by Geely and Volvo. 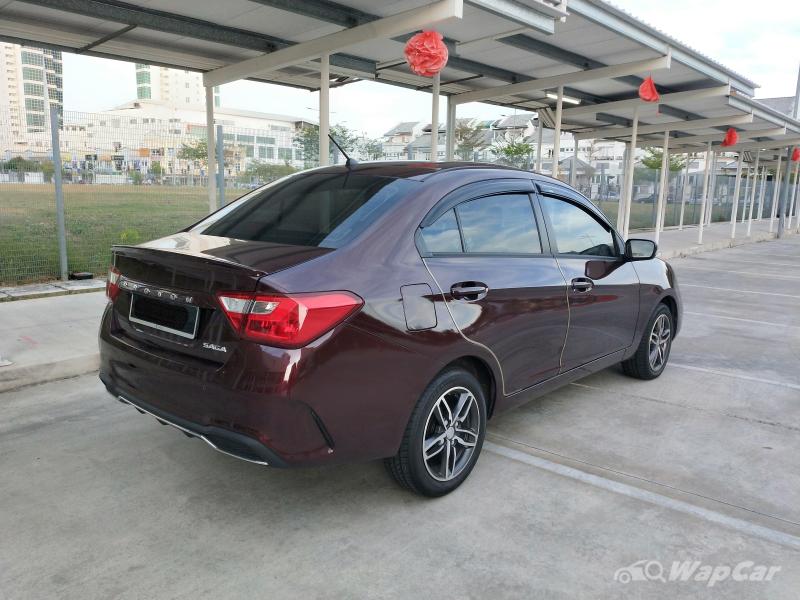 Cons of my car 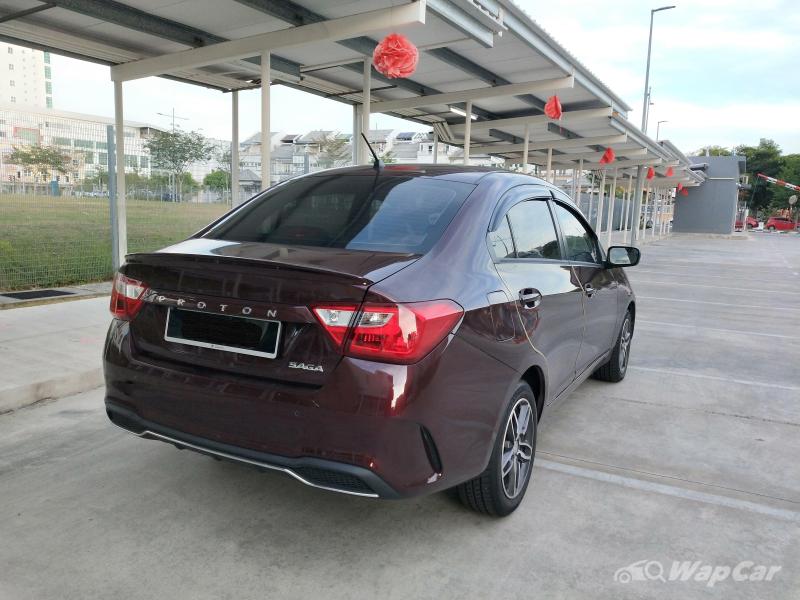 All in all, I feel like this was a lesson for me to not trust just the specs you see and fall for first impressions. For example. the Bezza, be it as underwhelming as it may be initially runs on a tried and tested engine by Toyota and is essential a mini-Vios. The Vios and the City, as expensive as they may be in comparison to local brands, hardly have a problem as serious as engine knocking so soon into a car's lifespan.
My friends and family who do not know how big of a deal engine knocking is all try to console me by saying how much they love the looks of the car and how impressed they were by the interior when I ferry them around, but it doesn't change the fact the the heart of the car has a disease and it may be running on borrowed time.

I was once driving on my own when an elderly uncle made an illegal u-turn in his 1st gen Myvi and slammed into the left side of my car. It was a rather hefty collision as I felt the whiplash from the impact. However,when I got down and expected the worst, the uncle's front bumper was totalled while my Saga suffer dents that were later buffed out for only RM300. This happened after the engine knocking problem began so maybe this is a slight consolation the car has to offer - a sturdy body that took an impact really well and the ESC definitely came in handy as I managed to keep the car in control so as not to hit the other cars around us.